Who the heck is Royboy Productions?

Earlier this year it was suggested that I make this whole Royboy Productions thing about more than just the cars. I mean, I love the cars, but there’s more interesting stories in the car owners, artists, car show promoters, bands etc that need to be told. So the idea was hatched to use this blog to tell some of those stories. Rather than mangle someone else’s story this first feature will be about me, I’m my own guinea pig. In future articles I’ll cover a few of my hotrod/kustom friends so use the RSS feed to stay up to date on the newest stories and show coverage. 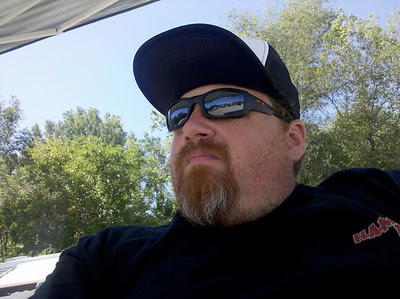 My name is Travis, I like to take pictures….

What the hell is a Royboy Productions why not just call yourself Travis??? Because I like to be difficult, I guess. The name comes from a time when I was doing audio engineering in the studio and live. I was planning on starting a business that specialized in live recordings. Figuring that nobody else would have used “royboy” as a name for their business, I ran with it, a few months later I built a website to advertise the business.

Just for fun I added the photos that I’d been taking at car shows to the site, and I quickly saw that those pictures got a ton more attention than my recording services. Figuring why not use that to an advantage, the idea of a custom car calendar was born, put the website on it and people will see the url every day of the year! Give all of the proceeds to a charity and give yourself a good feeling…. Hey this could be cool (kool as straykatkustoms would say). Slowly website morphed into what it is now, over 14,000 car show photos all 100% free to view. It’s has been fun, and although I haven’t had studio time besides the annual Bluesmasters At The Crossroads event in a couple of years, I haven’t regretted a bit of this current adventure. See a small gallery of the 2010 Bluesmasters here.

In 2008 I created the first Royboy Productions Calendar For Charity, with 100% of the proceeds going to Victory Junction Gang Camp for Kids. Looking at the traditional calendar I thought why do we have to do it the way that everyone else does? Why not have 2 photos, with the calendar superimposed above the bottom photo? I hope that this still sets my calendars apart, but they are a work in progress, since the 2010 Calendar they’ve all been printed and bound by me, to keep the overhead as low as possible to raise as much money as possible for the charities. It means 100’s of hours by the time it’s all said and done but the feeling you get when you can donate a bunch of money to a good cause makes it all worthwhile.

2009 brought about the idea of a photobook, like every aspiring photographer. A hardbound book was created, again self published/printed, that book covered 2006-2009. I never sold many of them, but that wasn’t the point, the point was making something. Again straying away from what I’d seen others do (whether that’s good or bad, eh I don’t know) and used a single image as the background for each page with some photos cropped to the shape of the cars, mostly experimenting for the fun of it.

The Car Show Pics books came up next, why not take all of the photos from one show and put them in a small sized “magazine” so people could purchase a keepsake of the show? They are for now a limited run of only 50 copies, because it’s not about making money it’s about doing something different, those books are also going to be available as ebooks soon too. A couple of titles already are, more are on the way, when I get around to it.

People ask why I travel to all of the shows that I do, what drives me to do all of this basically for free? Passion. I have a passion for kool! Kool cars, music, people, there is something…. something often intangible that just makes me exclaim “kool!” I didn’t start this adventure with this end in mind, but it’s the path I am on now. I’m doing my best to document what the shows are like, so that people who miss them can feel like they are there, and the people that are there can look back and see what they might have missed. Maybe, just maybe in 50 years when people look back to see what we were building now, some of these photos will still be around for someone to exclaim “kool!”

In early March a few of the hot rod hoodlums in the Derby, KS area got together and I was allowed the privilege of taking some shots of their rides. I’ll be doing more of these photoshoot parties for sure. Over the next few months, I’ll be creating a couple more Car Show Pics books of shows from last year and early this year, and of course the Calendar for Charity project will be in full swing this year again. The next goal is to get some of the show coverage in magazines that aren’t printed by me!

See you at a show! 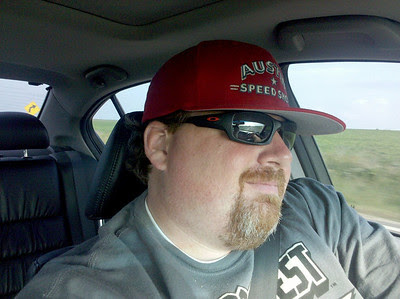 Posted by royboyproductions.com at 9:45 PM No comments:

An afternoon with some friends, some cars and a barn

A while back my buddy Jack asked if I would come down and shoot some photos of his cars, good timing as I was just about to ask him if I could. So we decided we'd gather up his collection and take some photos next to an old barn near his house. He called up some of the other local hoodlums and had them bring their rides over too.

I had the pleasure of meeting Jack back in November when a couple of us met up at his house on our way down to the Stray Kat Cookout. I immediately had a new friend, as I'm sure just about anyone who meets Jack has the first time they meet him.

Anyways after putting in some time at the day job on the morning of March 12, 2011 I rushed down to the Wichita area to Jack's place. When I showed up he had his collection out, plus a couple more cars that friends had brought over.

Thanks to Jack for setting up this shindig and for inviting some cool people, I had a blast and am ready for the next one!

There's 385 shots total in the gallery now, click any of the shots to see the gallery. 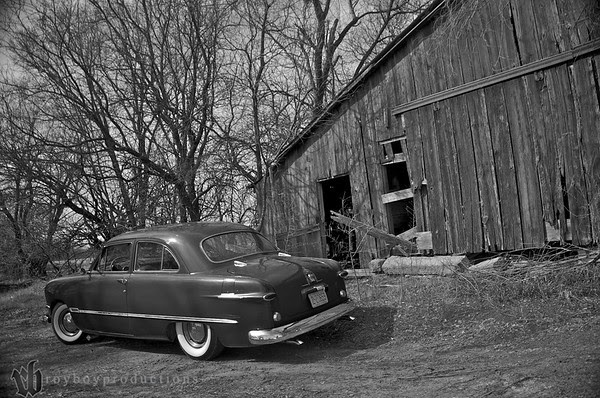 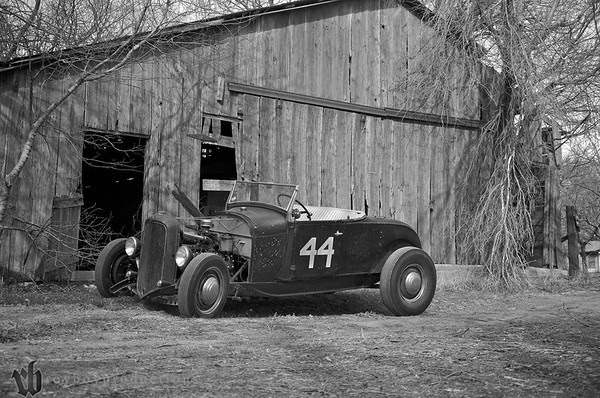 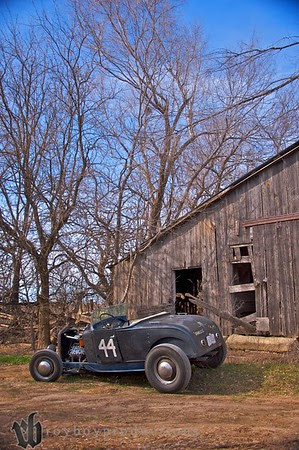 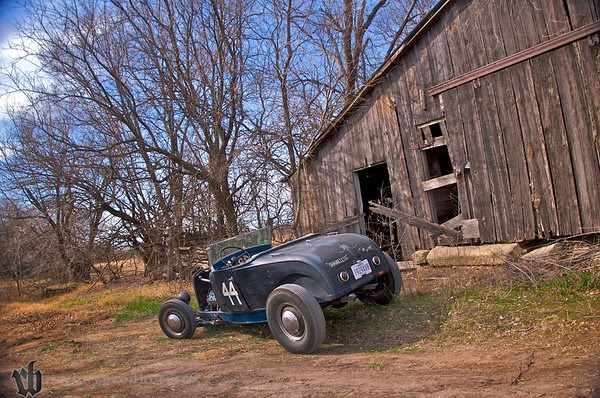 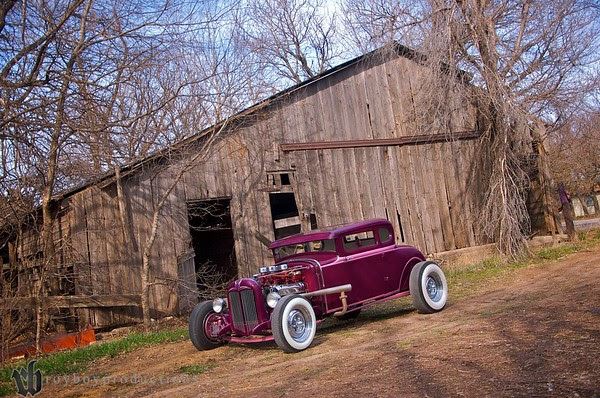 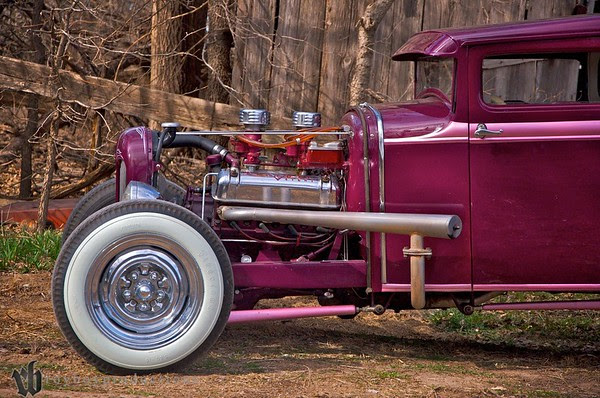 Look for some feature articles starting soon, photos and words with/from some of the people in my corner of the hotrod/custom car world. Artists, videographers, car owners, show promoters and most importantly friends of mine.

The first one will be on me, so you know who's behind all of this madness!

See you at a show,
Travis
Posted by royboyproductions.com at 3:49 PM No comments: 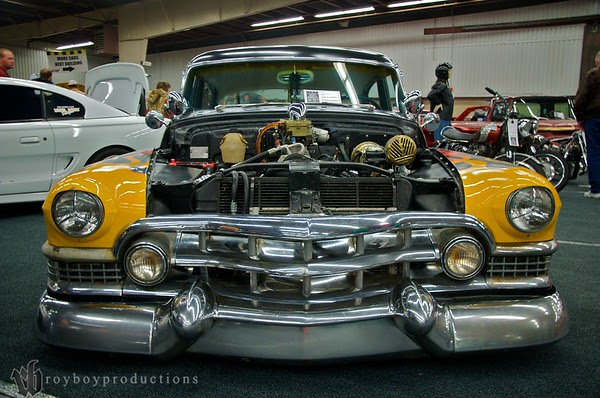 It’s rare that a 2nd year show has a big turnout in this area, lots of shows go years and years before building up a following. Not so with The Chill in the Wichita, KS area.
In it’s second year The Chill has gone from a very bike heavy show with some cars here and there to a really great car/bike show.

Held at the Kansas Pavillion in the Wichita suburb of Park City, KS this show had something for everyone. The first building you enter was all about bikes; from new Indians to stretched out rockets to old board track racers, every type of bike build you can imagine was on display. 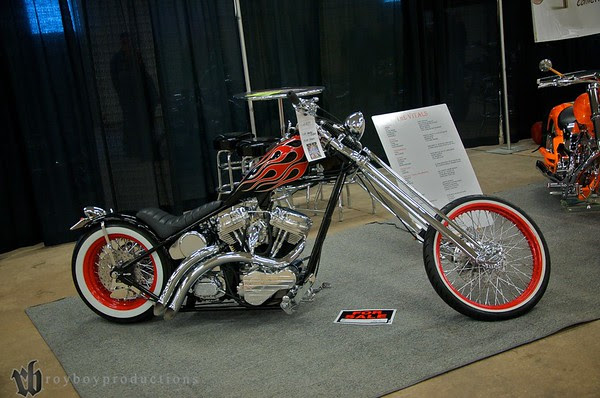 Two other buildings on site were filled with cars with some nice surprises thrown in that I hadn’t seen at other shows in the area, there was even a new to me vendor selling custom coffins with one that was scaled down version of a kustom Merc. Going through the enclosed corridor from building #1 to #2, one of the first cars I saw was a bright yellow Ferrari, within a 100ft was an over the top “art car” with all manner of craziness bolted/welded on. Neither of those two are really in my wheelhouse so I cautiously made my way into building #2.

The caution was quickly replaced by a big smile when I ran into some old friends and some favorite familiar rides. The McGregor Boy Hot Rod Shop had a killer display setup with the hoodless moredoor Caddy, unibody Ford pickup, radical rat and some sick bikes. After geeking out over their twin engined Triumph drag bike, I made my way over to building #3. 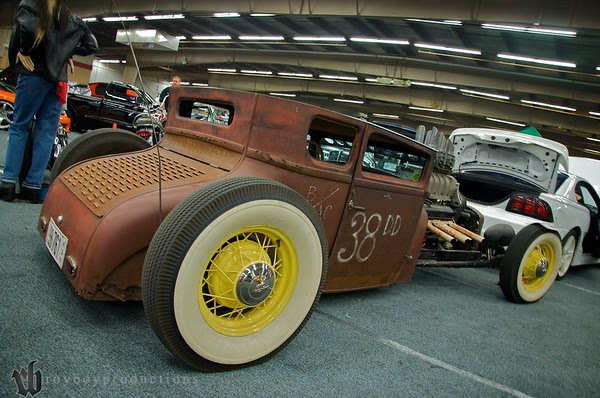 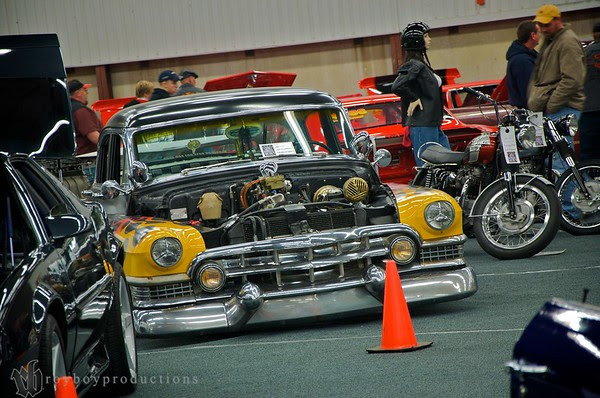 Open the door and BANG there’s a face full of funny cars, Connie Kalitta’s Bounty Hunter Mustang and Jungle Jim’s fliptop Camaro were beautifully detailed and just plain cool to check out. Around the corner and it’s Ron Pinkston’s jaw dropping flamed out Merc with the killer paint extending into the engine compartment, and under the car. Suicide doors, front flip hood, frenched headlight, perfect chop, this car has all of the cool tricks. 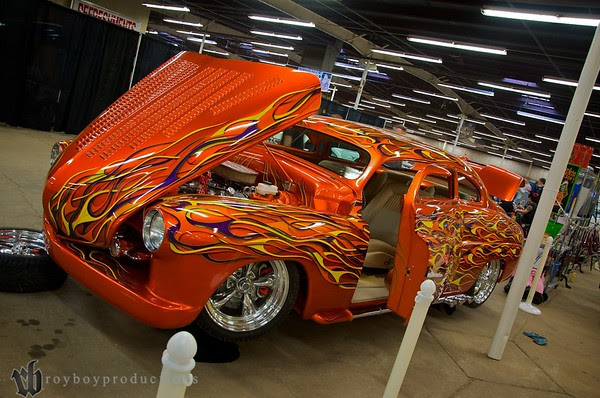 The rest of the room was full of kool too, Zombie Speed Shop’s sweet International Pickup, Redhouse Custom Paint’s booth with a very cool hood mural being airbrushed, and a whole bunch of 1/4 milers made me walk in circles for the better part of the afternoon. I can’t wait to see what the 3rd installment of The Chill has in store for us.

Travis - Royboy Productions
Posted by royboyproductions.com at 8:23 PM No comments: