Just have a few minutes here but I hopefully will be doing this weekly. Today we're looking back at one of the shows from earlier this year.

The first show of the year for me each year is the Darryl Starbird Rod & Custom Show held at Century II in Wichita, KS. Here's a bit I wrote about the show in the gallery:
"In the dead of winter each January it's a pleasure every year to get together with my hotrod and kustom family and spend some time inside WITH a bunch of cool cars. The Darryl Starbird Rod & Custom show in Wichita, KS typically pulls about 400 cars max for a 3 day indoor show. As the name implies rods and customs show in abundance, but so do stock restorations, survivors, 4x4's, lowriders, rat rods, and various types of racers.

A couple of very cool front engine dragsters were on display this year, as were some very nice traditional built hot rods. Traditional built rods are not rats, and this show had both build styles represented nicely. The car count and the vendor count both seemed down this year, but that was a blessing instead of a hinderance. Less cars means more room to get around the cars, and it seemed that the cars that didn't show were the ones that I normally don't shoot anyhow, so the show's overall quality went up as a result.

The Marauders and Fundamentals had great club displays with the Marauders taking home the prize for best display for their "model" car display complete with giant exacto knives and Testor paint bottles to complete the look. The Fundamentals went with a beach theme and rumor has it some Marauders may have been involved with an incident involving Baby Ruth candy bars being dropped in the Fundamentals "sand" (kitty litter). I'm not going to say where the story came from or how hard the person who told it to me was laughing when he told how they did it.

Another fun show from Darryl Starbird in Wichita!"

On a cool note, this show will be changing next  year, Tim Devlin and others have purchased the show and will continue it and will be donating proceeds from the show back to Wichita area charities, too cool! Go to http://www.starbirddevlin.com/ for more info on the show in the future.

Here' some shots from the show. 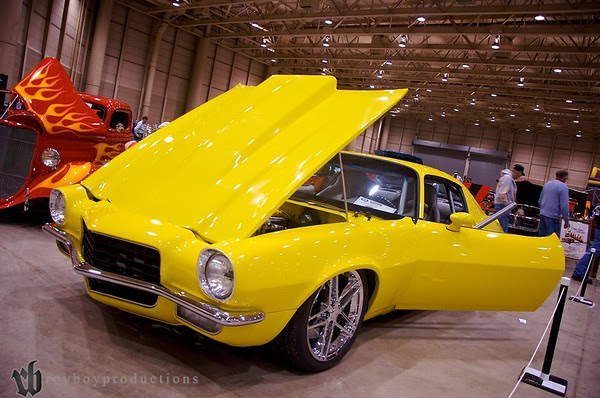 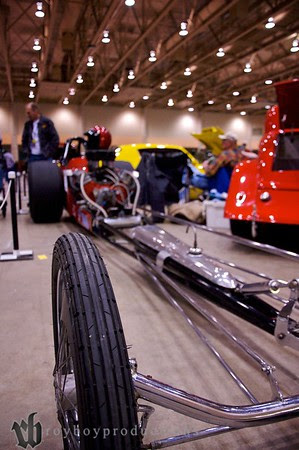 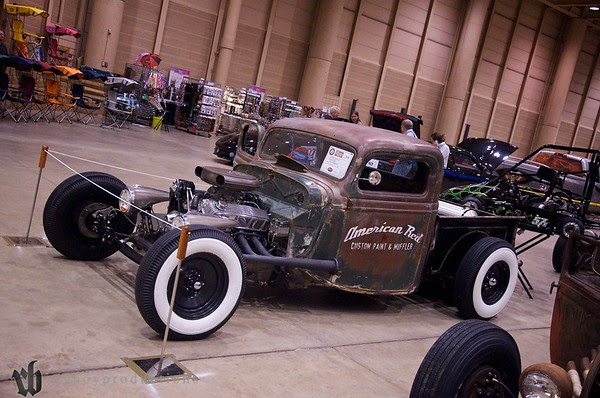 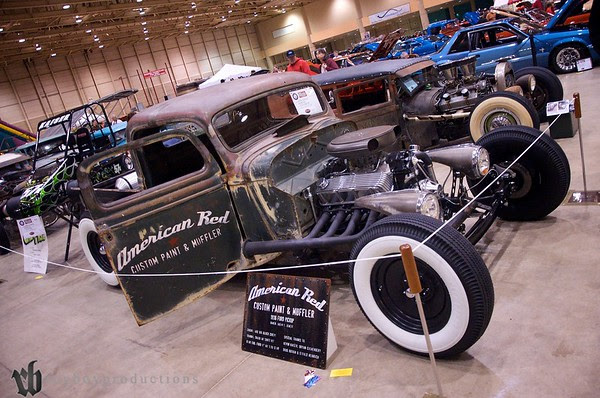 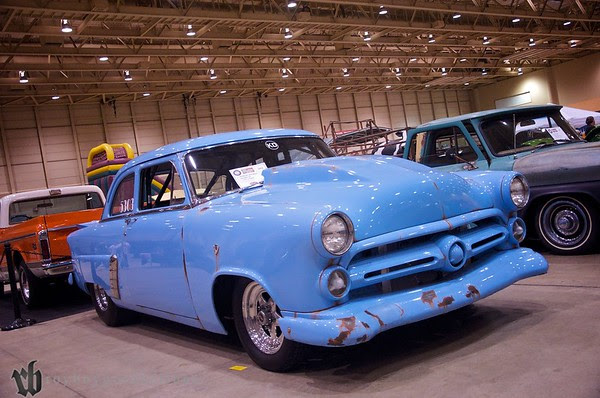 Tons of different styles at this show. 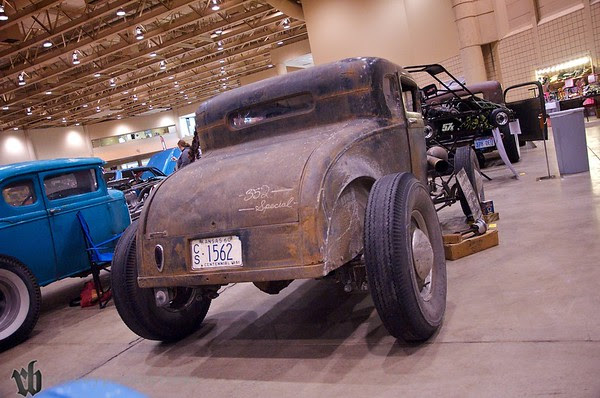 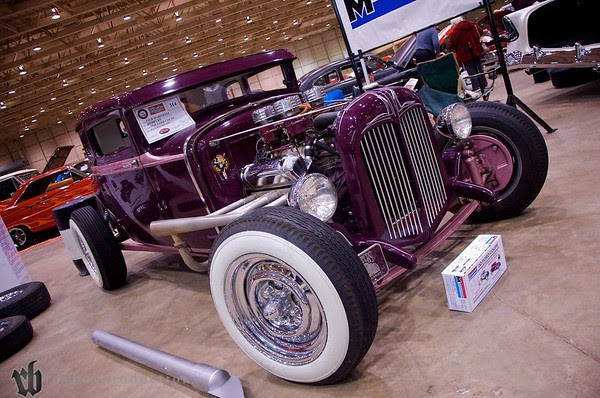 The Carlson Family of Mulvane's Chaotic Customs gets the pleasure of rolling around in this gorgeous Pontiac. 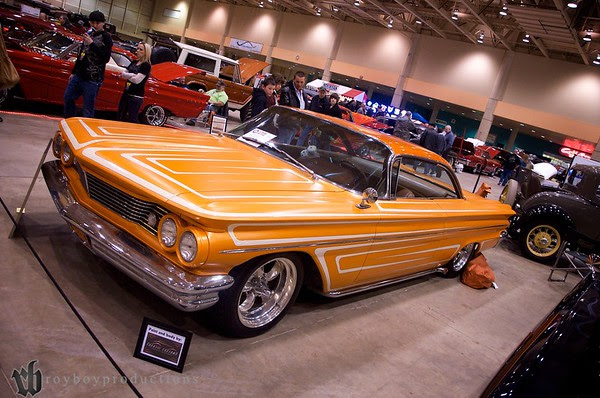 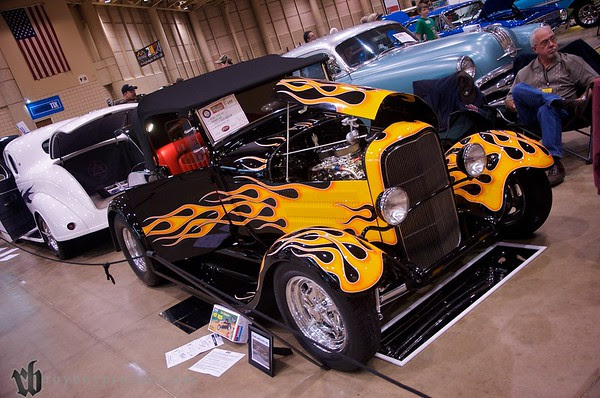 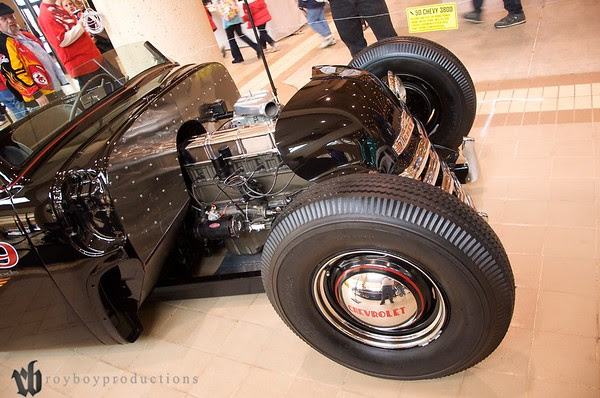 Even a Lambo in attendence! 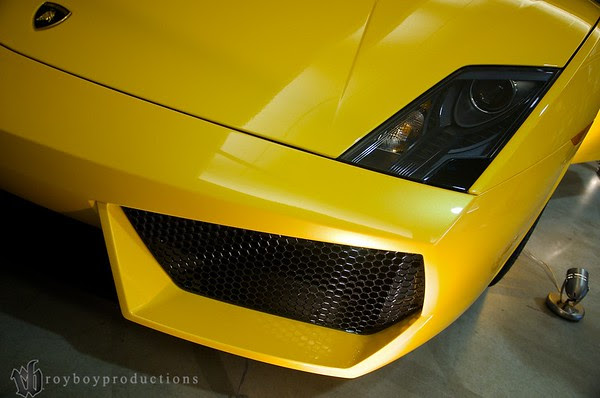 I just dig the hell out of Rocky Burris' radical Ford Truck! 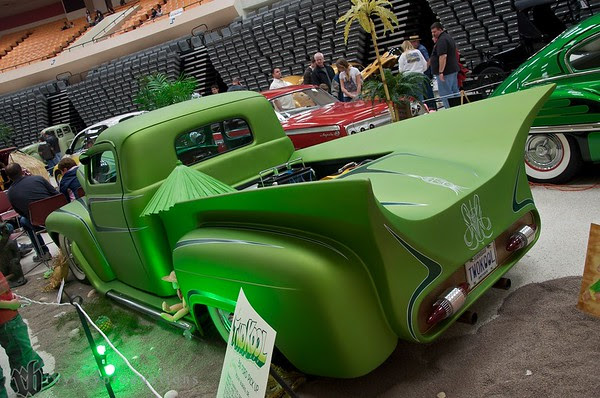 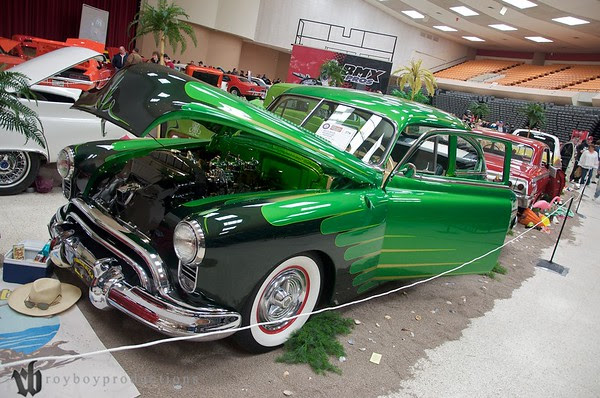 Tom Hanna had a pair of beautiful front engine dragsters on display. 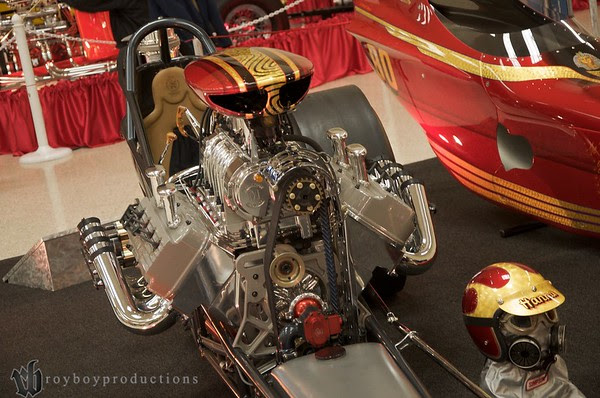 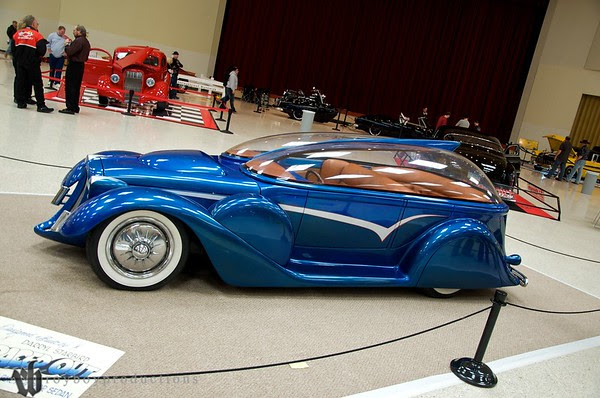 This show has a great selection of all kinds of rides and is a great way to spend a cold weekend in KS. I look forward to what Devlin and company have in store for for this historic show! See you at a show, Travis
Posted by royboyproductions.com at 12:55 PM