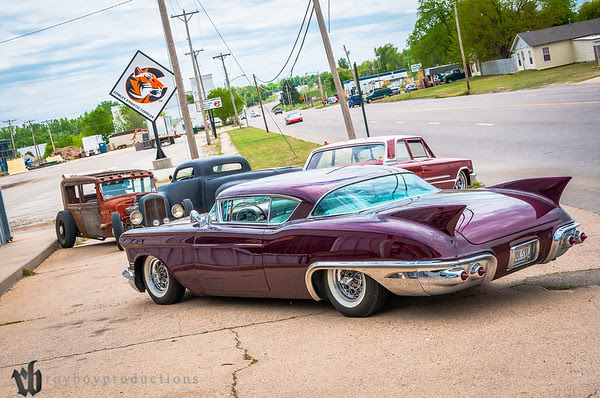 JEFF MYERS - Lives and breathes kustoms, and his personal driver is a layin' low, chopped '57 Caddy hardtop, layered in purple candy. His "Premier Body & Paint Shop" in Arkansas City, Kansas is growing a kustom reputation to the level of the nationwide "hot" shop's in the 50's and 60's. Sleds are his game, and ol' skool kustoms like Dennis McPhail' '52 Chevy, and '56 Chevy 2-dr. prove it. We here at KKOA also dig Jeff's candy red '63 Ford cement-slider. 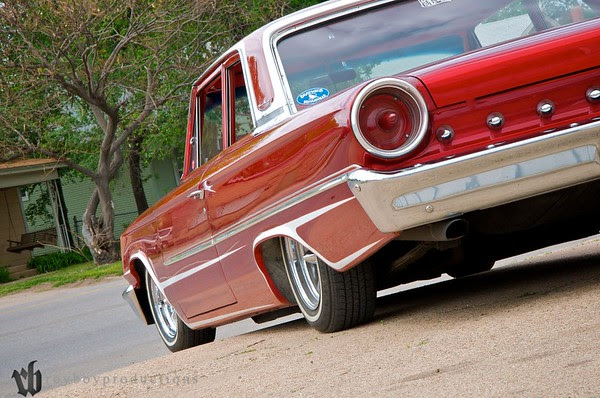 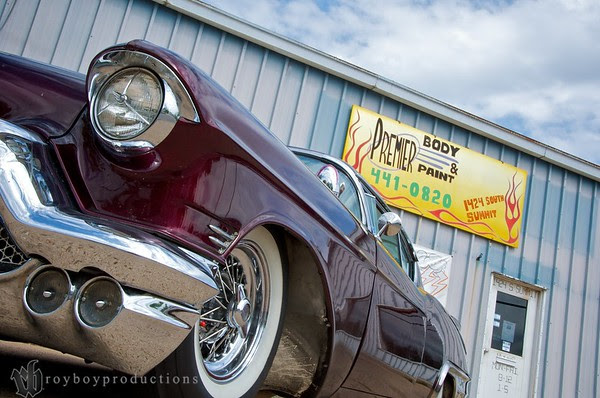 Kool! Why he's deserving! He dedicated, and many remember watching Jeff hammer his kustom touch on TV' "Monster Garage" with Starbird, Winfield, and Jessie James, a few years back. Like I begun this with, and have to end it waaay to short, due to page space! Jeff Meyers is 100% kustom, 24-7, a fact you can bet on. He's made his torch mark, and now he's certainly deserving of the kool reputation he's built, and does everyday in his land of Oz Kansas shop. 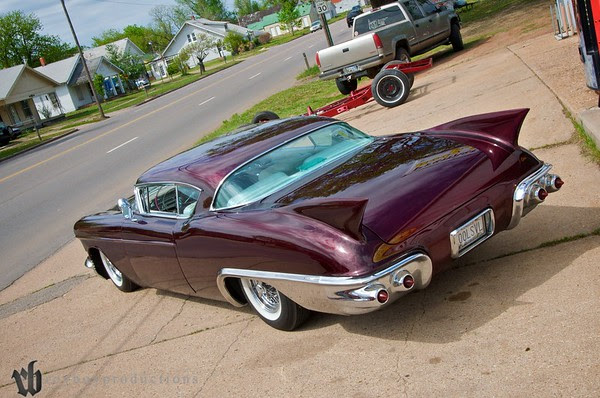 DICK HUCKANS - Dick is better known to his friend's and follower's as "The Bearded 1." Starting at the age of 14, in a small shop in Van Nuys, California, Dick learned from the best how to do body work and paint. After learning the kustom body & paint trade, Dick moved from L.A. to Oklahoma in 1966 to pursue his famed The Bearded 1 Kustoms career, where he is today. His career leaned more toward his outstanding kustom paint theme's, and his trick paint work could be found on just about anything thing in racing and kustomizing. From Sox & Martin pro stock championship cars to famed funny Car's, drag boat's, slingshot dragster's, and super modified track cars. But, Dick' love is the true kustom car, especially the leadsled's. He's built many for himself and customers over his 75-+ years, with one of his finest being Jack Walker' unbelievable clone of Lyle Lake' famed '52 Buick The Blue Danube. Recently, Dick was inducted into the Darryl Starbird Hall of Fame & Museum. 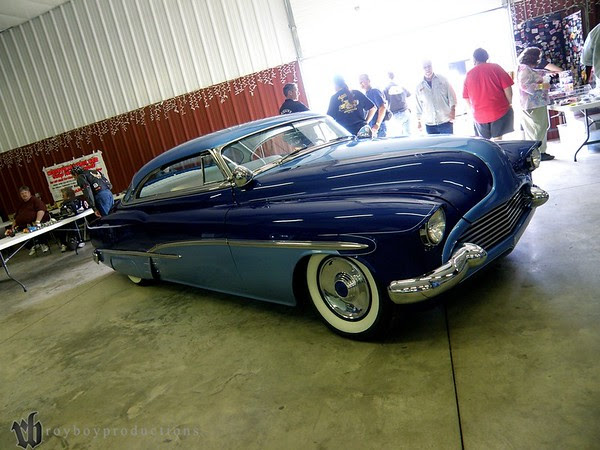 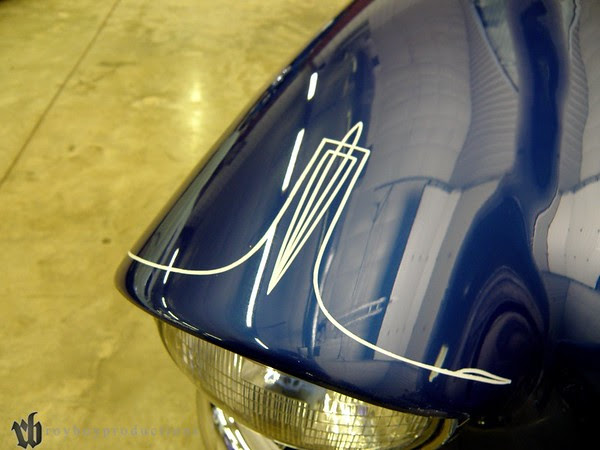 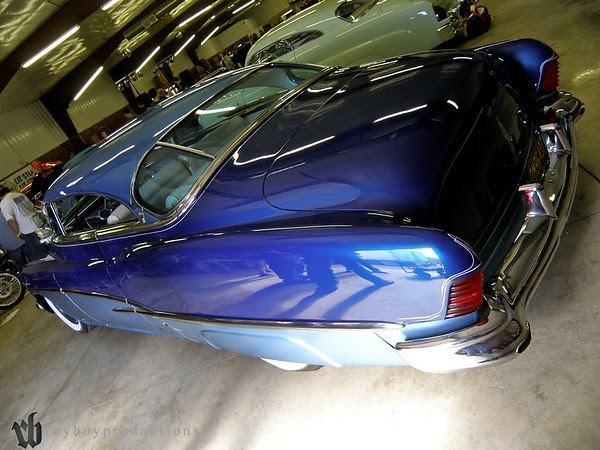 RAY ERICKSON - Ray built his kustom career during the hey day of hotrodding in the mid-50's, when the supreme task was to chop, channel, or section a kemp (car or truck). Remember those days? Born and raised in Salina, Kansas in 1928, Ray, along with his family moved to Kansas City in 1940 just as Ray was turning into a rebel with a cause teenager. Hotrodding was, and still is running through his veins, and in 1955 he was a founding member of the Kansas City Timing Association (KCTA). And, in 1956 he was a key player in hosting the NHRA Drag Racing Nationals. Later Ray would change the club name to the Cranktwisters." Over the years he would build many hotrods and kustoms ('35 Chevy, '49 Ford, '34 Ford, etc.). One being a '52 Ford, full kustom that he called "Whistle Bait" because it was his wife Joan' daily driver. With a heavy chop and all the right touch's it was easy to see why. Ray' hard work paid off when a radical '48 Merc he built and tagged the "La Hoya" made a full feature story in Car Craft magazine. Still living in K.C., Ray now chats on the Jalopy Journal H.A.M.B. about the good ol' days, and many feel has paid his dues to the kustom kulture. So do we here at KKOA.
Jalopy Journal article on Ray
Kustomrama page on Ray 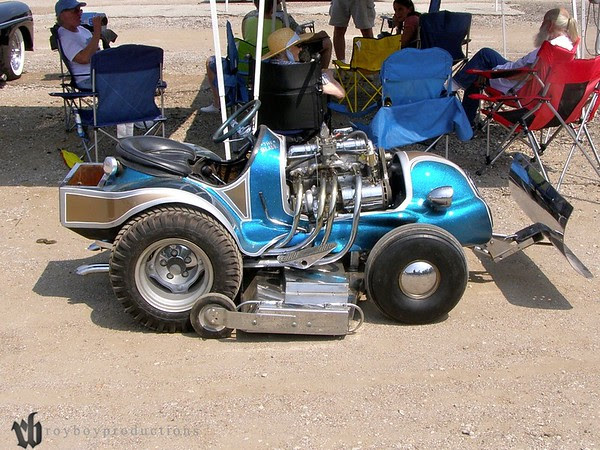 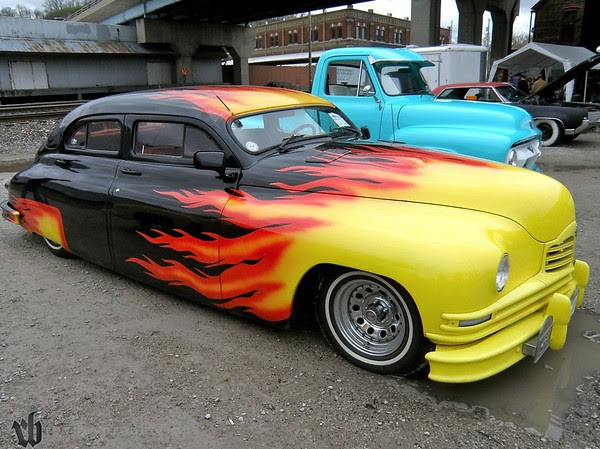 Royboy
Posted by royboyproductions.com at 9:00 AM