Often when I'm traveling I take some slight detours to stop at some shops that I know. On the way to the Texas Thaw I made a few of these stops. First at Chaotic Customs in Mulvane, KS.

Chaotic is busy at work with this beautiful 40 Ford pickup for Mike Young. The truck's body is being massaged in every way imaginable for what will in the end be a subtle custom look to the untrained eye. The cab has been chopped, lengthened, sectioned, channelled, but when finished you'll have to have a stock one sitting next to it to see the full extent of the differences. 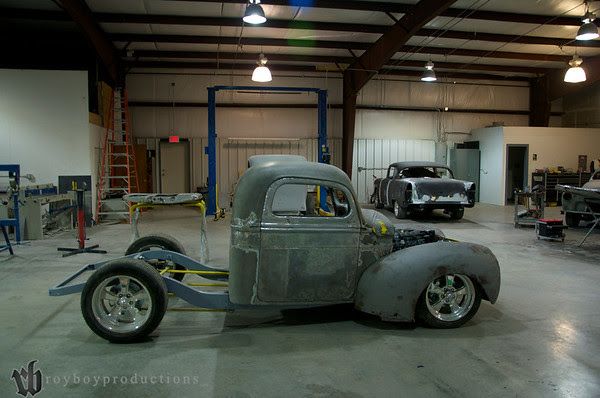 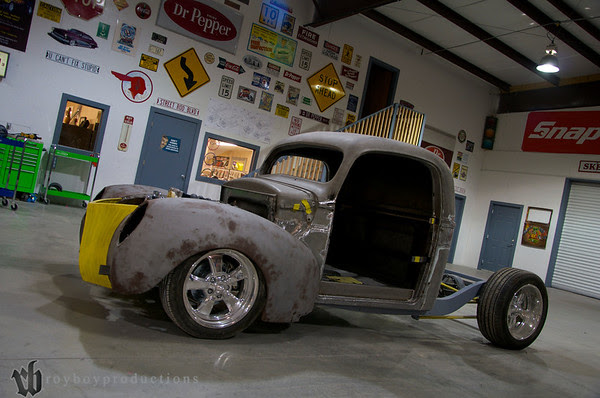 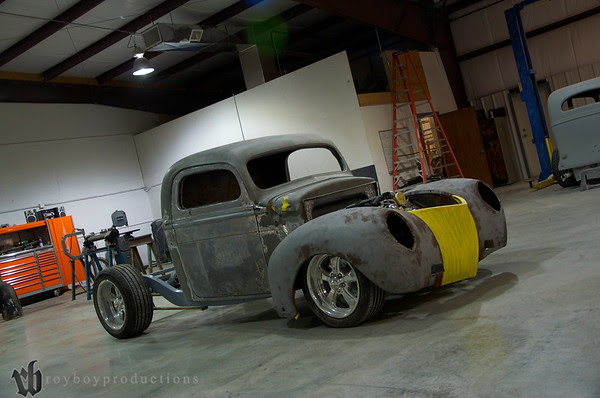 Another project currently underway at Chaotic is a 1950 Oldsmobile Delivery. Well it started life as a Chevy Delivery, then it was chopped, an olds front clip was grafted on and the customizing began. The custom hood's underside is being finished now. 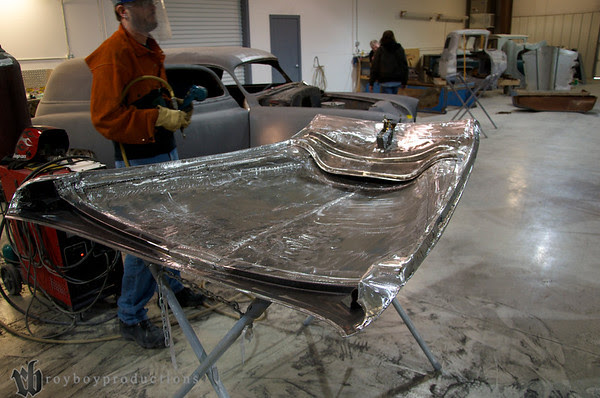 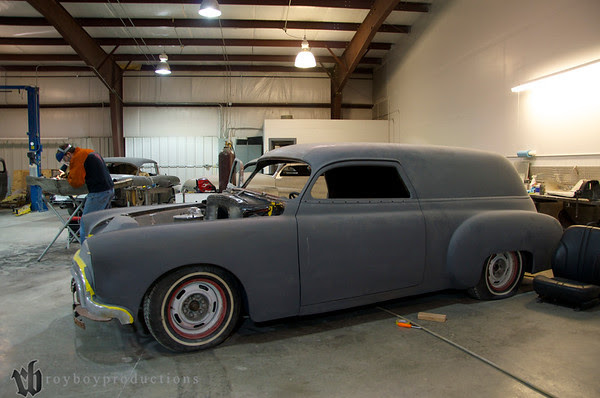 Spy pic of Jack's 51 Ford, more on this to come when the car is done. 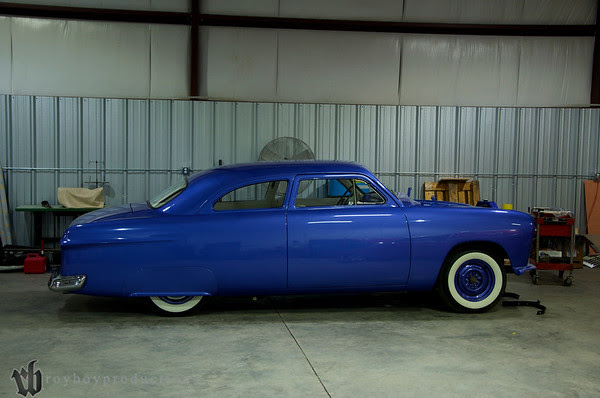 This 1982 Chevy Malibu wagon may not be a car you normally see customized but it's turning out pretty kool. 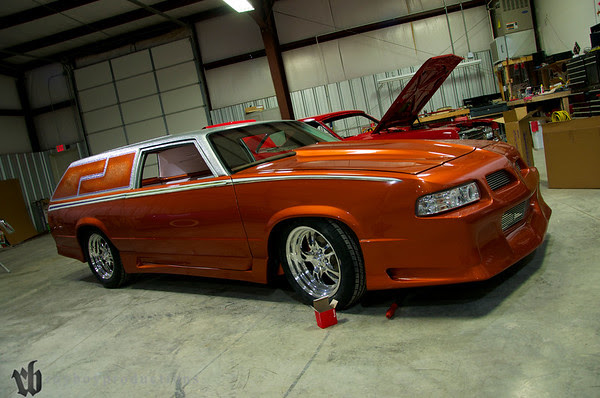 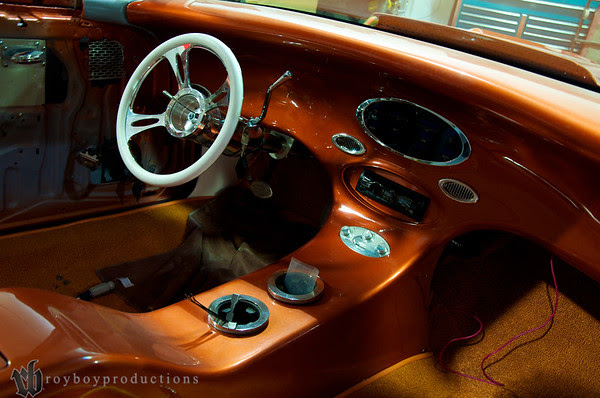 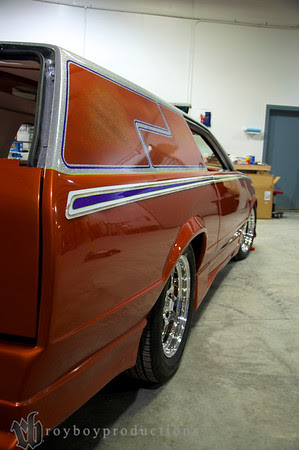 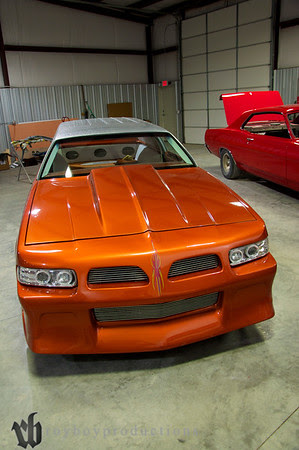 The 34 Ford awaits another polish job before heading off to the Detroit Autorama (they are loaded in the building now for the show there this weekend.) 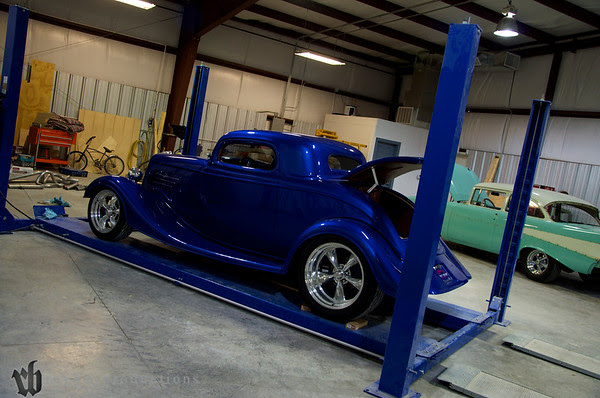 That's some of what Chaotic is working on, stop by their facebook and say hi.