The weekend started off with a trip to Park City, KS to attend the Wichita Model A Club's annual swap meet.  As usual, lots of people, lots of vendors and I left with nothing. It was a trip to just see some friends and socialize for me. By mid-afternoon I'd headed for Joplin to meet up with Ryno of Ryno Built and shoot his amazing 61 Ford Unibody pickup. 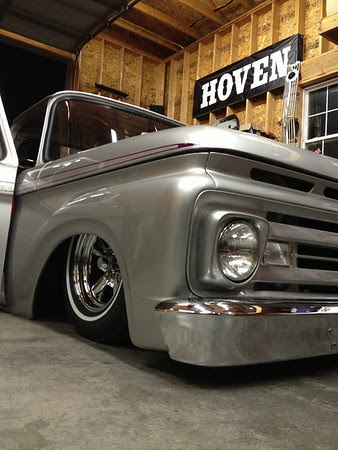 Ryno has a few projects going on, this intake and triple 94 carb setup are for his wife's 9 passenger wagon, which lays frame of course. :) More pics of it next time. 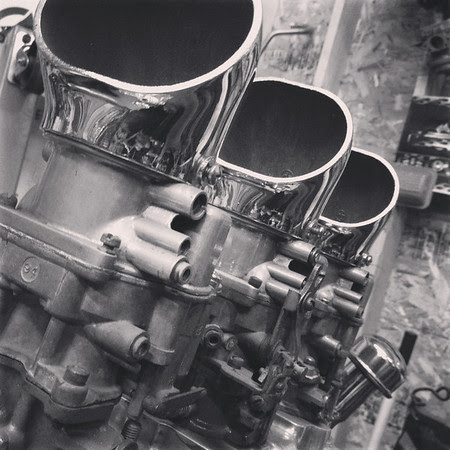 Not long after arriving we grabbed some great BBQ at Woody's Smokehouse BBQ and headed out in search of shoot locations. The flake in the new paint job looked spectacular. 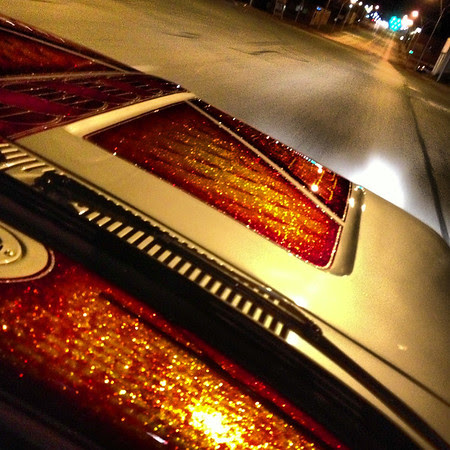 We found some great spots and shot for a couple of hours experimenting with different shooting angles, techniques, locations. So far from the back of the camera we captured some great images. 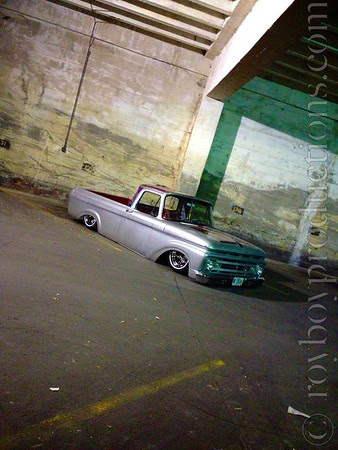 Sunday morning we got up early and went back out to capture some more images. We explored a bit of Route 66 looking for good locations and ended up heading back to downtown Joplin where there were a few places to hit. 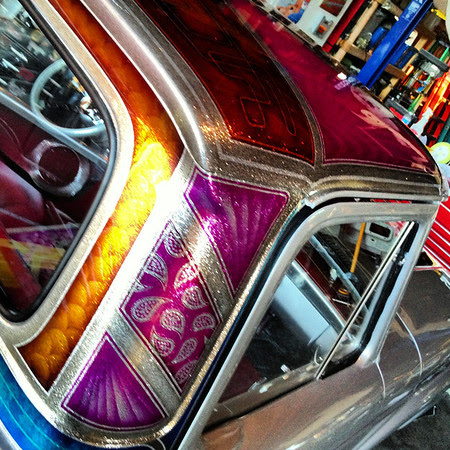 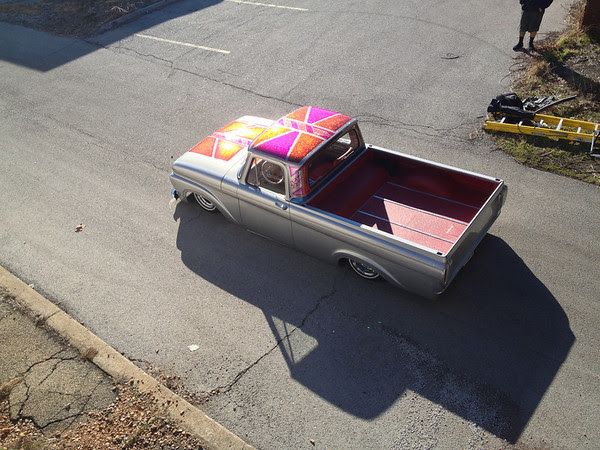 Then we headed out for a late breakfast. Headed south from downtown we went through the damage path of the horrible tornado that hit Joplin in May of 2011. 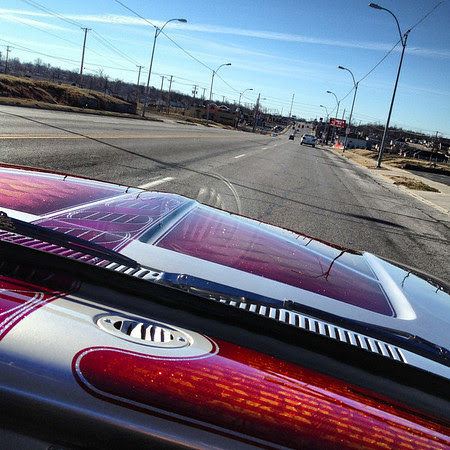 The roads southeast of Joplin were great and beautiful even in the winter, I imagine in the fall they are even more beautiful. 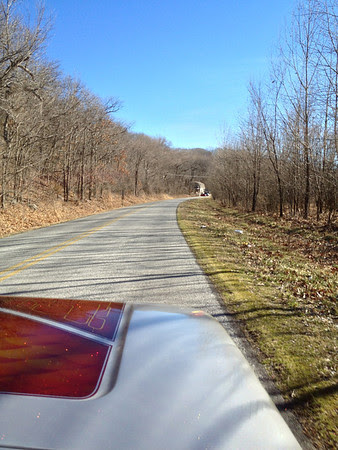 We ended up at the Under Cliff, great food, great location, and great roads leading to it. The breakfast was really really good. 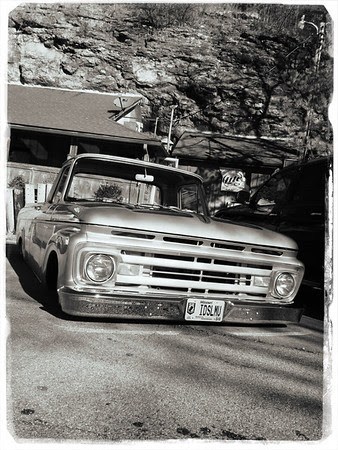 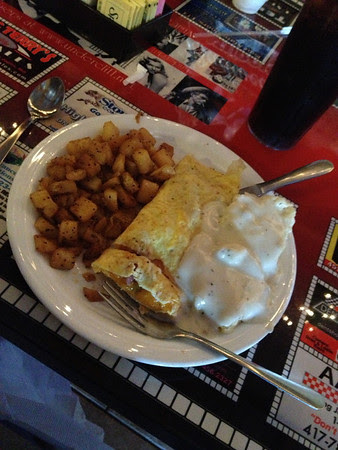 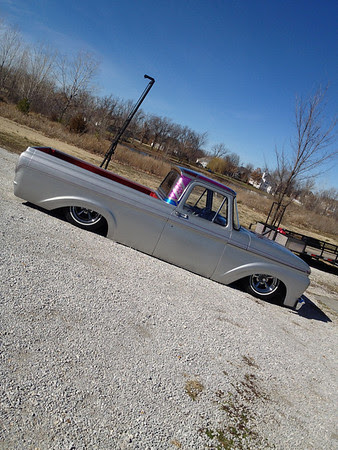 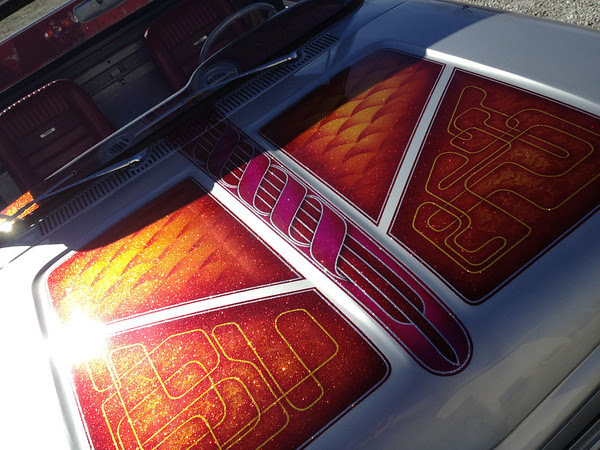 Then it was off to Dewey, OK to visit Fast A.L.'s Upholstery. Aaron has been working on Jack's 51 Ford and it's turning out amazing. Look for more info on the shop visit later this week and a full feature (or series of them) in some magazines coming soon! 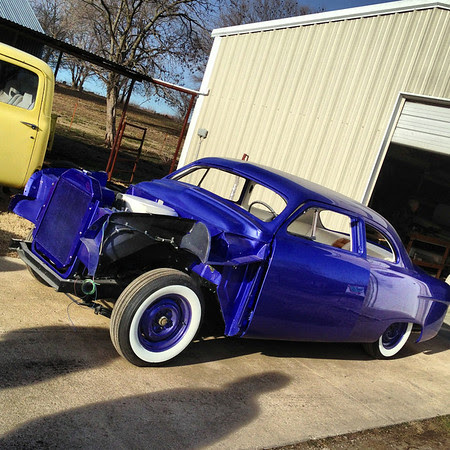 The end of the trip was a stop at my Dad's to pick up my dog. Dad had found some great little book magazines and gave them to me. A really kool ending of a great weekend! 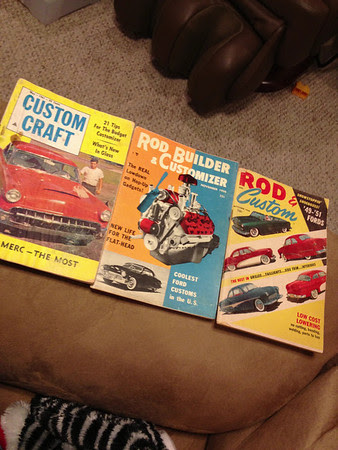 
Posted by royboyproductions.com at 9:00 AM