At the 2011 KKOA Leadsled Spectacular I was approached by my friend Mickey of Stray Kat Kustoms car shows with some good news. Our mutual friend and fellow Stray Kat, Krobe had been asked to do a feature of his beautiful 30 Model A Ford for Car Kulture Deluxe. Mickey and Krobe had been kind enough to mention to Alan Mayes of CKD that they knew a photographer at the show that could handle photographing the car, lucky for me that was me!

Here are some of the photos from that shoot for the Issue #49 from Dec. 2011 of Car Kulture Deluxe. And a few from car shows where Krobe's brought the ride. 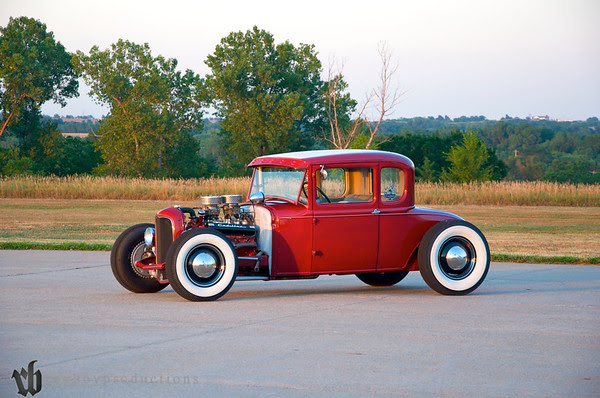 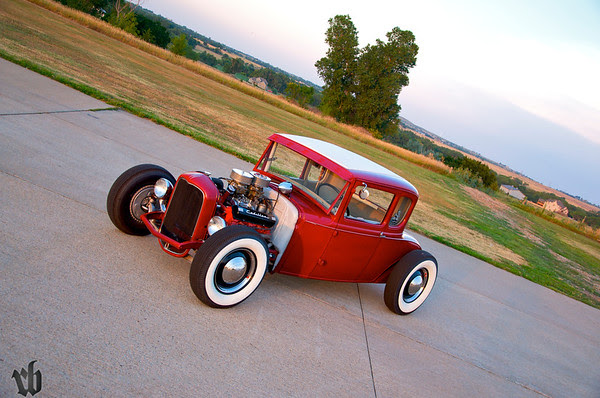 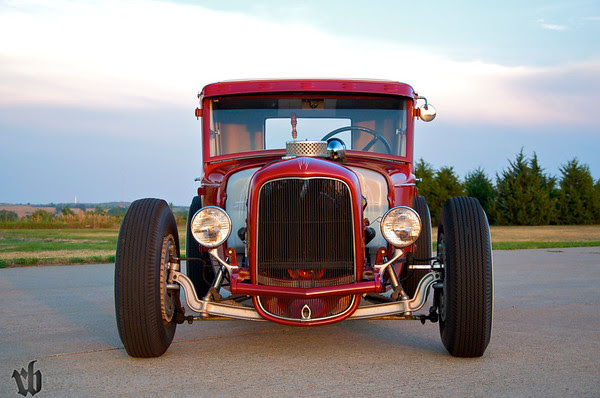 The car was started by kustom builder Donn Lowe who sold it to Gary Minor. Minor's knees kept him from being able to get into and out of the car easily so it went up for sale. That's where Krobe came into the story. 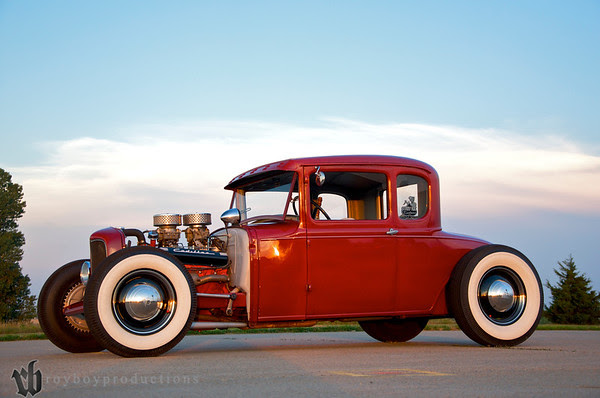 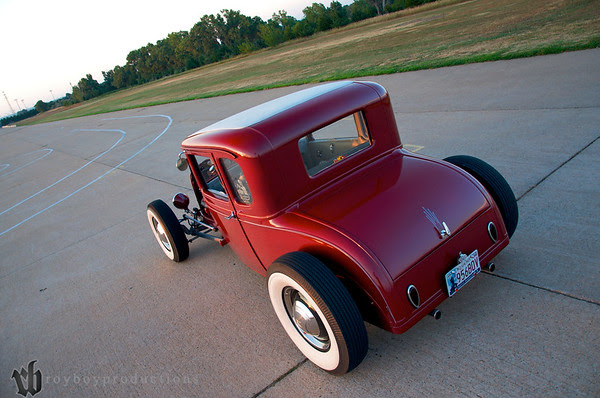 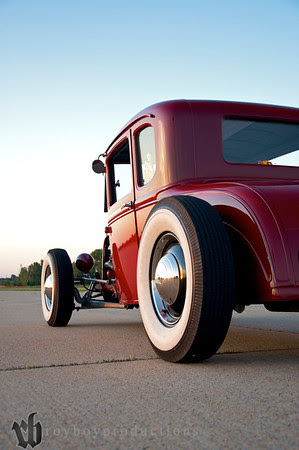 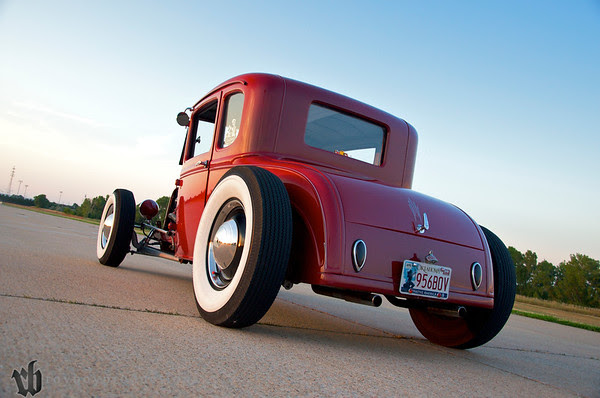 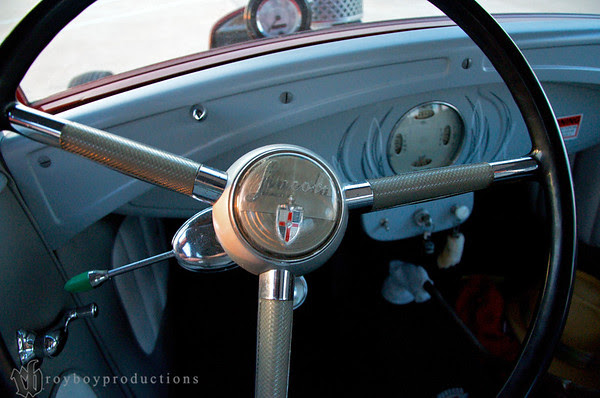 Power is controlled by a 67 Mustang 3 speed transmission topped with a Jeep shifter before heading to a 9" Ford rear end. The rear is hung from a set of coil overs while the front rides on a dropped Chassis Engineering axle on a leaf spring. The rest of the stance is due to a 6" channel job. 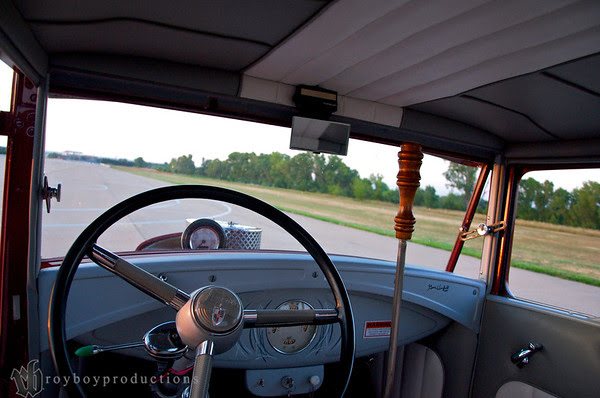 The '50 Caddy mill now sports a Wieand dual quad intake with 2 Carter WCFB's, roller cam & Vertex magneto & has been bored & balanced. The other end of the engine pushes exhaust out stock manifolds into a dual exhaust with Smithy's mufflers. 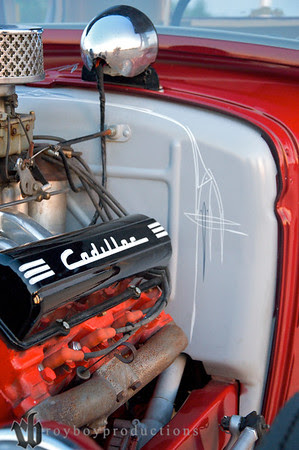 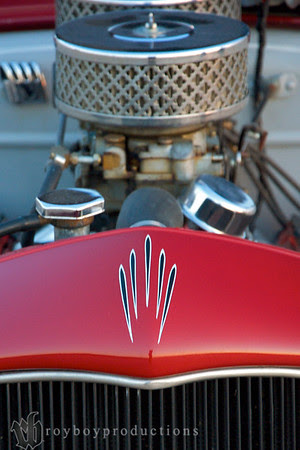 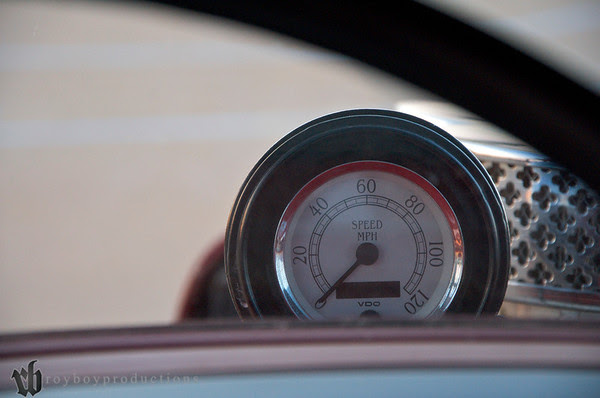 Krobe is a fellow Stray Kat Kustoms member, it's not a club, it's a family. 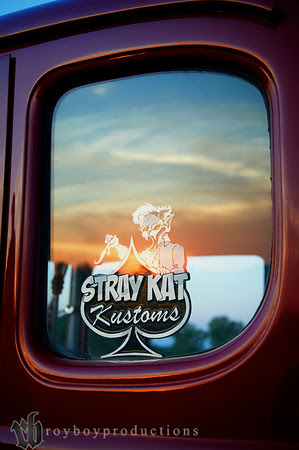 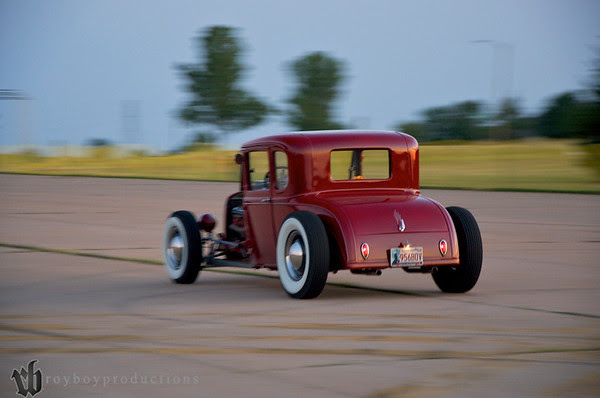 The first time I saw Krobe's Coupe was in 2007 at the KKOA Leadsled Spectacular in Salina, KS. It's sure come a long way since then. 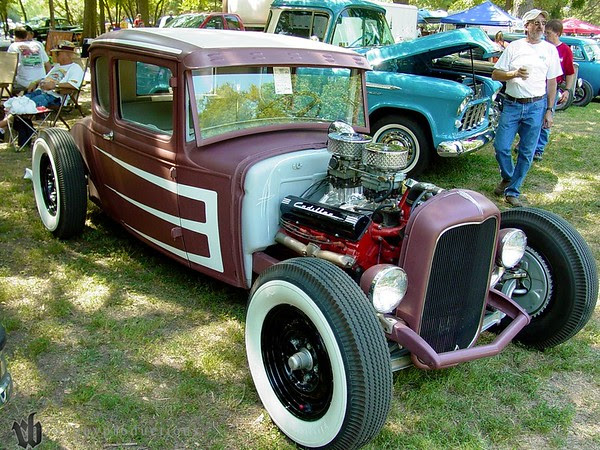 Rod Baughman shot the current paint while Krobe handled the post paint work before Ron Myers did the "Tommy the Greek" style of pinstriping. The 32 Ford grill shell, 39 Ford taillights, Dietz headlights all add to the kustom look of this traditional hot rod. 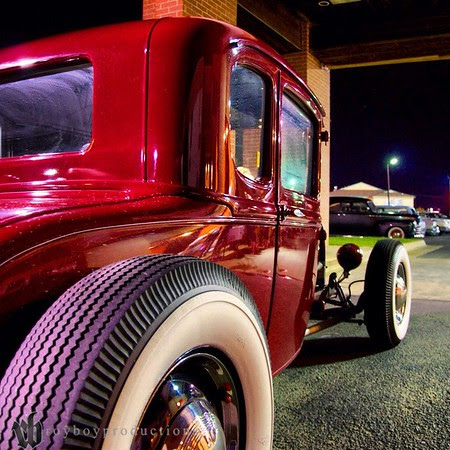 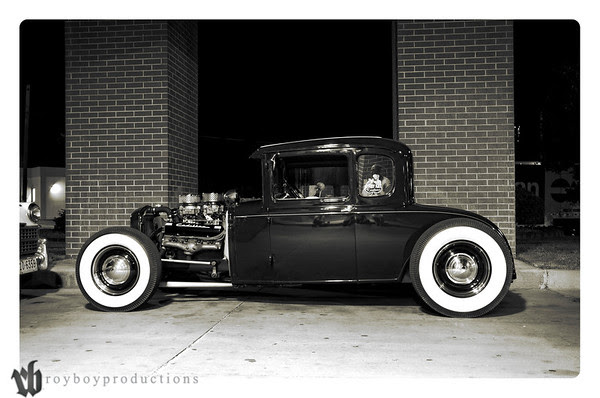 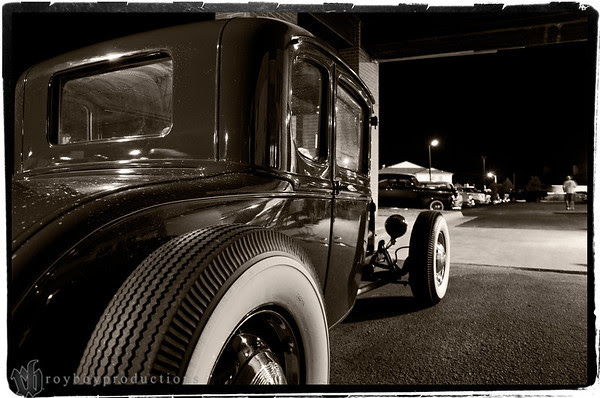 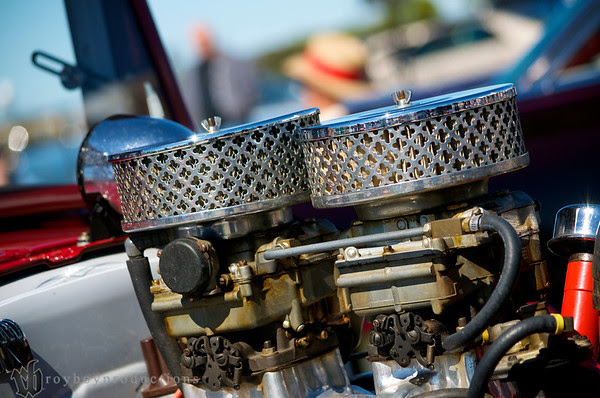 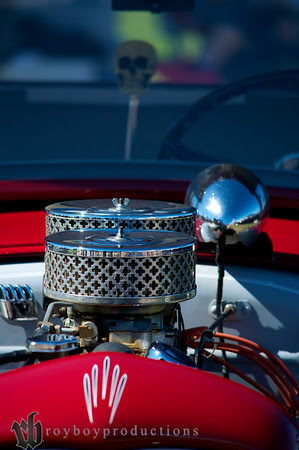 This car is one of my favorites, and that has little to do with how kool the owner is, and he's pretty kool. Thanks Krobe and Mickey for suggesting me to Alan for my first magazine feature. I am and will forever will be grateful.